11 years have passed since the constitutional amendment of Article 25-A, pledging free, quality and equitable education for every Pakistani child was made in Pakistan. Following this significant amendment, the Punjab assembly approved the Free & Compulsory Education Act in 2014. However, despite the lapse of seven years, the act is yet to be notified on the provincial level. In order to raise the issue at the highest level, a parliamentary roundtable on girl child education was organized on 11th November, 2021 in Islamabad by civil society organizations including CPDI, Pakistan Youth Change Advocates (PYCA) and Pakistan Coalition for Education (PCE) in collaboration with Pakistan Institute for Parliamentary Services (PIPS).

Addressing the lack of progress on notification of the act, Chairperson of the Provincial Standing Committee on School Education, Punjab Ms. Aisha Nawaz Chaudhary said that the standing committee was in constant coordination with the provincial education department and the law would soon be notified. "The notification of the Punjab Free & Compulsory Education Act is a top agenda item for this standing committee. We will soon begin its phased implementation, starting with the most vulnerable districts in Punjab."

PCE's National Coordinator Ms. Zehra Arshad while reiterating the importance of equitable access to education said "Although our international commitment according to SDG 4 is to attain 100% literacy, we still have 22.84 million out-of-school children of which 12.16 million are girls. This number is further expected to increase by at least 4.2% in the aftermath of the pandemic." She further warned that with merely eight years remaining until the conclusion of the United Nations Agenda 2030, Pakistan was on the verge of missing its targets under SDG-4 (i.e., quality equitable education) by a huge margin. The civil society stakeholders also asked the parliamentarians to take-up the issue of the absence of the chapter on out-of-school children in this year's Pakistan Education Statistics report. Given that Pakistan hosts the second largest population of out-of-school children in the world, eliminating the chapter on out-of-school children deprives both the decisionmakers and the civil society from valuable data that is imperative to frame policies aimed at addressing the educational crisis in Pakistan. 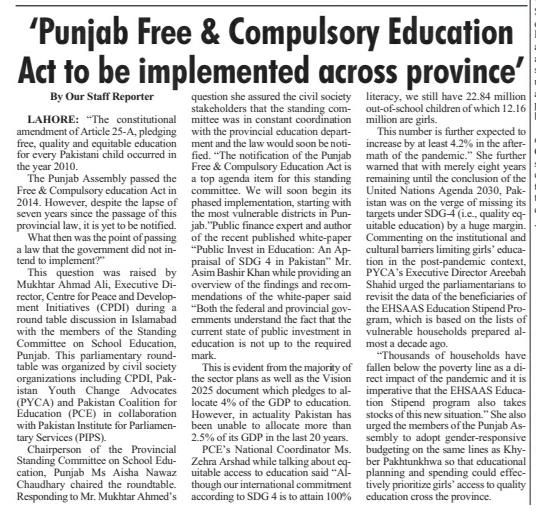 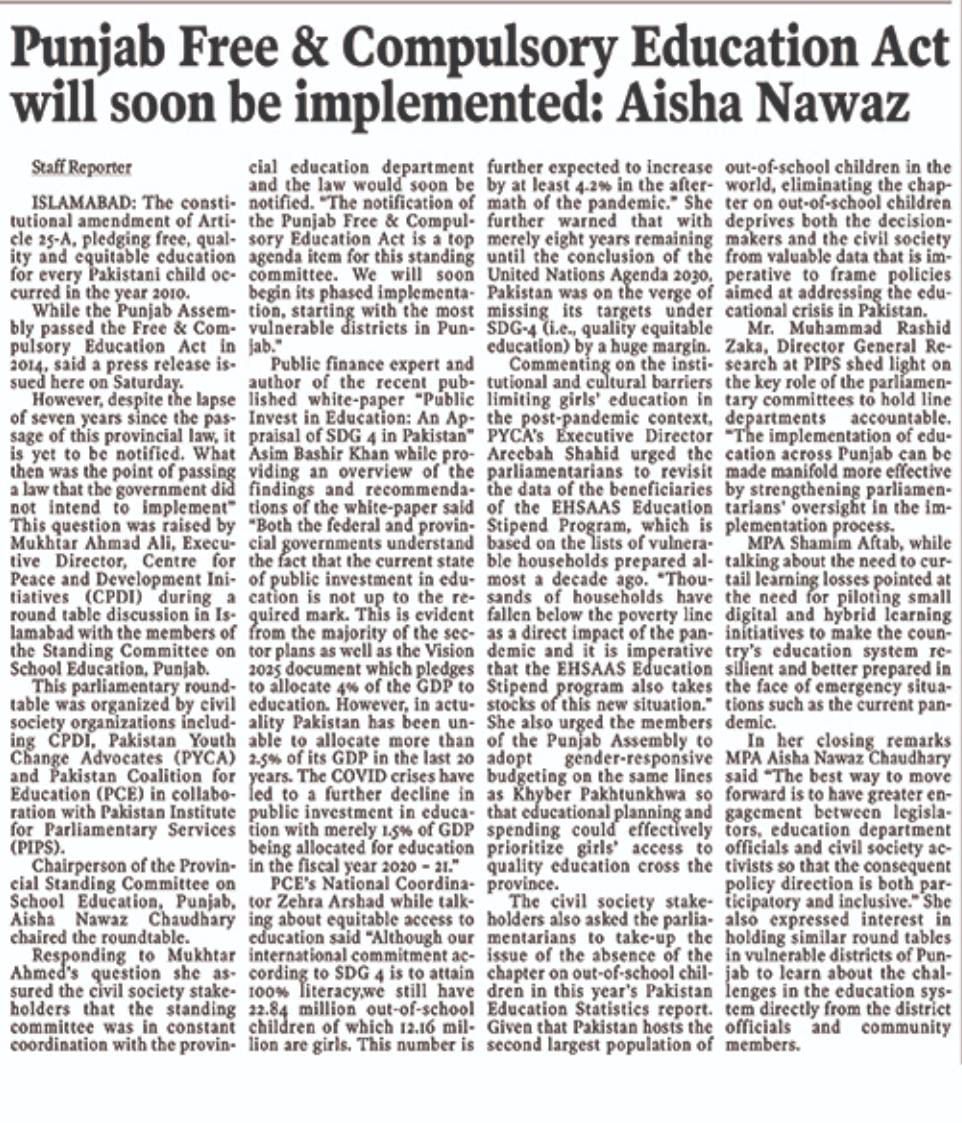 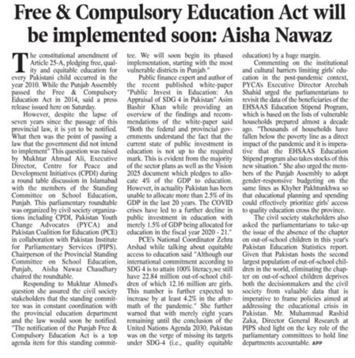 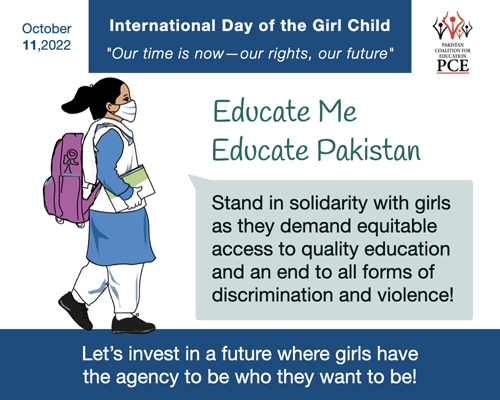