Right To Education: Where do we stand? 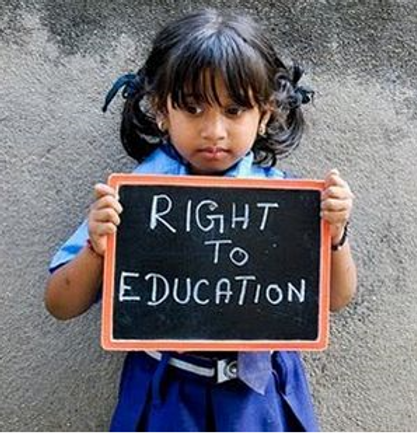 According to the International Legatum Prosperity Index 2018, Pakistan's education system ranks at 124 out of 149 total countries. The easiest explanation often offered to understand the flailing condition of the country's education system even after 72 years of its inception, is the lack of education bureaucracy's willingness to increase the GDP spending percentage as per the global standard. While there is not a shadow of doubt about the validity of that argument, the crisis at hand is much more profound and expansive; ghost schools, unavailability of transportation services, absence of basic amenities in schools, corruption, private school mafia, prohibitive school fees, lack of teachers (specially female teachers) and their appropriate training and corporal punishment are only few of the maladies that the country's education system continues to grapple with.

The new government's promise of turning Pakistan into a welfare state and revolutionizing the education system came at a desperate time for the general public, specially the ones suffering the most at the hands of extractive private education systems. The government set out on a crackdown on the sector almost immediately after coming into power and apparently made strides in the first few months. However, in retrospect, the measures seem to be more cosmetic than structural. While, regulation of the private sector is essential to the functioning of a democratic state, there is no denying that the private schools are filling the void created by an incompetent and underfunded public education system. Lack of policy is rarely an issue when it comes to education. Every province has long passed and ratified a right to free and compulsory education bill, however, the state of the education system still reflects sheer incompetence in terms of implementation.

A recent report titled "The Status of RTE in Pakistan: Right to Education Index Findings for Pakistan 2018" was compiled by Pakistan Coalition for Education aiming to gauge the country's progress towards the fulfilment of Right To Education and most importantly, the national satisfaction with that progress. It highlights a number of pertinent issues and problem areas. First and foremost, the budget allocation with respect to the country's GDP remains well below 4% despite repeated promises and international commitments. Secondly, the data that is available shows the abysmal conditions of the majority public institutions starting from their failure to provide the very basic facilities i.e. clean water, both for drinking and sanitation purposes, to the lopsided pupil to teacher ratio in classrooms i.e. 40 to 1 in comparison to 25:1 (primary) and 20:1 (secondary) as per the global standard. The report also highlights that there is a need to expand the National Education Assessment System's domain to include 'health and wellbeing' as well as 'human rights and environmental sustainability learning." The report concludes with highlighting the most major failure of the system, that all other issues bleed into: lack of availability of data. The government has failed to provide any credible data on students with disabilities (both physical and learning) and desegregated data that encompasses data on income categories, urban/rural populations as well as the data on private schools.

It is an established fact that there is a stark disconnect between the planning divisions and the authorities responsible for execution. Elaborate education sector plans are only useful if they are less normative and more in touch with the reality on the ground. The government needs to invest more in research in order to reveal what the ground realities are and where the cracks in the system actually lie. That data then can be used to recalibrate the existing policies and align them with the needs of every individual school. It is only when the government provides the afore-mentioned basic facilities, can one move on to talk about the quality of education being provided. If the schools continue to remain underfunded, ill-equipped, failing to provide textbooks and teachers, the fulfilment of RTE will remain an elusive dream.