RTE in Pakistan: A right out of reach. Can justiciability of RTE transform Education in Pakistan? 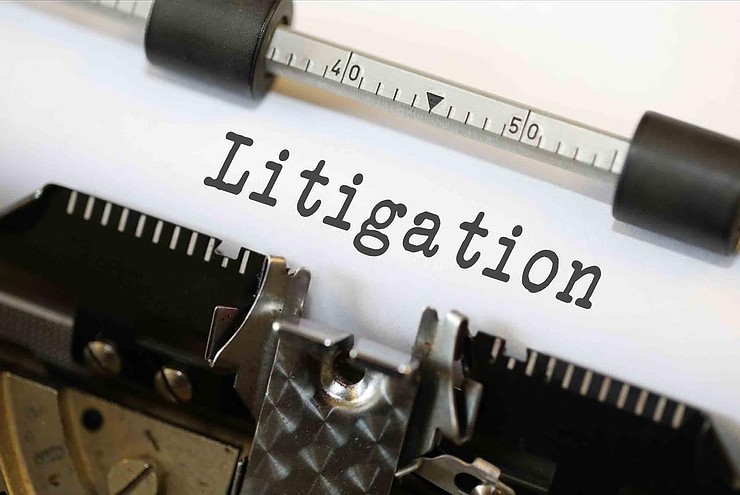 Education is essential for the development and growth of a society. It is a fundamental human right and is a crucial means of realizing other human rights. Education empowers, emboldens and provides opportunities to promote equity and quality of life. It plays a pivotal role in every individual's life by teaching them how to think, how to function as a productive citizen, developing skills, capacity and confidence to secure other rights and be mindful of the obligations of the governments, duty bearers and right holders.

Access to quality education in Pakistan remains an elusive dream. Data and statistics indicate that enrollment and literacy rates are decreasing. The Economic survey of Pakistan revealed a 2% decline in literacy rate in year 2016-17. The survey further noted that the Net Enrollment Rate (NER) for primary schools at both the provincial and national level has decreased from 57% in year 2013-14 to 54% in 2016-17 thereby showing a cumulative decline of 3% . This comes off as highly unexpected after the enactment of Article 25-A which holds the state liable to ensure free and compulsory education for all school going children. Why then have we noticed a steady decline in enrollment rates at national and provincial level? Enrolment only attends to one part of the equation, i.e. access to education. Quality of education also remains questionable with public schools offering substandard education, facilities and materials. Pakistan is ranked 145th out of a total of 187 countries in the Human Development Index (HDI).

While Right to Education has been recognized by the state of Pakistan as a fundamental right, through the enactment of Article 25-A, its implementation in true letter is yet to be seen.

Public Interest Litigation can be filed by any concerned citizen for the protection of public interest. However, this entails issues of broad public concern that affect the public at large and can benefit the society. The litigation can be used to address violation of basic human rights, fundamental rights, and religious rights and also to compel public or municipal authorities into action to perform a public duty. The Article 25A of the Constitution of Pakistan recognizes education as a "basic" right of the citizens which makes it a justiciable right, whereby the court can exercise its power and its judicial authority to ensure that these fundamental rights are not being violated. Courts can help shape educational priorities and effectively mandate the authorities to overcome the deficiency of the education system.

Article 25- A states that "The state shall provide free and compulsory education to all children of the age five to sixteen years in such a manner as may be determined by the law". This Article holds the government liable to provide inclusive, equitable and quality education specially catering to the disadvantaged segments of the society. Public Interest Litigation can be used to effectively advocate for lifelong learning opportunities for citizens whereby the government can be mandated to act in public interest and uphold their commitment towards performing public duties without delay.

PCE has been pursuing the Litigation filed in Peshawar High Court quite aggressively. The results so far have been encouraging. The writ petition filed in Peshawar called upon the Government of KP through Chief Secretary, Secretary Education and Secretary Finance, Civil Secretariat Peshawar. In the successive proceedings of the case, the court noted with a degree of concern that most of the schools in the province of KP lack basic necessities such as safe drinking water, sanitation, proper buildings and furniture. The court ordained the Secretary of Education and other respondents to check and collect the data and records for all schools of the province and thereafter submit the details. They were also directed to inform the court about the remedial and corrective measures that have been undertaken or are in the pipeline to address the prevalent issues in schools. Furthermore, the Peshawar High Court directed the Secretary Development to submit a detailed report regarding the poor results in SSC examination. The court called upon the Additional Secretary to submit a performance based report on the missing school facilities and the out of school children that have been successfully enrolled.

While PCE has made significant headway with the petition filed in Peshawar High Court, the proceedings in Islamabad and Lahore High Court have been progressing at a sluggish pace. In Lahore case, there was a change of counsel for the petitioner whereby the former counsel did not cancel the power of attorney; instead the petition was withdrawn from the Court. Thereby, a new petition was filed with new counsel for the petition. In Jan 2016, the petition was clubbed to another case of the same nature. However, the proceedings have not been yielding progress at the desired rate. The petition has been de-clubbed lately and a co-counsel will be engaged to make the proceedings more effective. The writ petition filed in Islamabad High Court initially called upon two respondents Secretary, Ministry of Education and Secretary, Ministry of Finance. Upon further deliberation, the learned counsel for the petitioner requested to implead the Federal Directorate of Education as respondent no. 3 to the case. In ICT, Capital Administration and Development Division has been established to govern Federal Directorate of Education (FDE) and Private Educational Institutions Authority (PEIRA). Therefore, CADD was also sought as respondent no. 4 to the writ petition filed for the ensured provision of free and compulsory education in Islamabad Capital Territory. On 9th May 2017, the counsel for the petitioner also applied for PEIRA to be added as a respondent for the proper adjudication of the petition.

Access to quality education is the requisite to ensuring a peaceful, prosperous and tolerant nation and is the incontestable right of every citizen. The inclusion of Article 25 A in the constitution marks education as a justiciable right. There is no longer a need justify access to quality education on the basis of other rights. It is therefore, sufficient reason for a concerned citizen to file a petition in context of larger public interest. PCE hopes to make education a public good that is accessible to all and not just an exclusive preserve of the elite. Substandard education system in public schools is a direct negation of RTE, as education is supposed to equip the disadvantaged segments of the society to not only change their socio-economic living conditions but also to contribute towards nation building as productive citizens. It is the responsibility of the State to ensure that each child of school going age is enrolled in schools and has equal opportunities in education. The Sustainable Development Goals (SDGs) which have been ratified by Pakistan include a commitment to ensure inclusive, equitable, quality education and promotion of lifelong learning opportunities for all. PCE hopes to end the education apartheid where the poor can only access mismanaged public schools or madrassahs. It might seem like a tall and arduous task, but access to free and quality education is a liability of the government as they hold the public office and swore to protect the rights of their citizens. Therefore, as citizens and right holders it is only but fair to hold the duty bearers accountable for any shortcomings and negligence observed in the provision of free and compulsory education.

The Economic Survey of Pakistan is a yearly review of the social and microeconomic indicators published by the Economic Adviser's Wing, Finance Division of Pakistan

HDI is a measure of key indicators of human development other than economic growth such as life expectancy, education and standard of living (GNI per capita)

About the writer: Zarmeena Tariq is a Program Officer with Pakistan Coalition for Education.