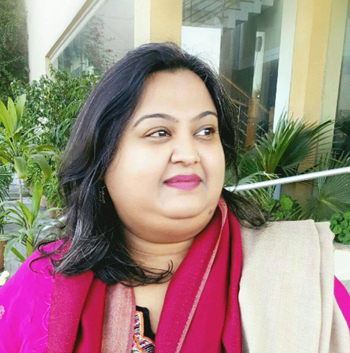 Pakistan, the world’s fifth most populous country, home to more than 60% population below the age of 30 shows that we have a young and energetic population that is brimming with potential to set the country on the course for success and prosperity.

Education plays a vital role in ensuring a peaceful and prosperous culture leading to an environment which enables active and productive citizenship and emancipated communities who can stand up for their rights. This cannot be achieved only by imparting learning through text books and assessment rather requires different tools and techniques leading to joyful learning and life skills through pedagogical methodology and child centred skills, values and attitudes. It is a need for the hour to equip our children in a way that they play a productive role in society and have skills to overcome the issues and challenges of present time ranging from clean water, climate change, food security, poverty, sexual harassment, child molestation, respect, patience that lead to sustainable and peaceful communities.

Education is the only tool which enables children to trust their own capabilities and conquer the world on their own. As the saying goes ‘with a little seed of imagination you can grow a field of hope’ we need to build imagination of our children for a prosperous and non-violent world. This transformation cannot be achieved without an active and important role of media, academia, teachers, peer groups, elders, parents and other stakeholders in creating a positive environment for our young population.

Alongside this, there is a need for an inclusive, transparent and open policy process which is vital to empower our youth in order to place them at the heart of decision making about their future. A future where youth especially girls, PWDS, transgenders and other marginalized groups have ample space to raise their voice against injustice, discrimination and lawlessness; where they have enough opportunities to nourish their brains and become critical thinkers with the competency to ask thought provoking questions, set targets, reflect, analyse and solve problems individually as well as collectively to create a better Pakistan.

PCE believes that real change stems from effecting social reforms at the grass root level. Community mobilization is at the heart of PCE’s advocacy efforts. PCE has been raising awareness through various activities and initiatives in far flung districts of Pakistan. Through collaborative efforts with our member organizations, we hope to inculcate a better realization of rights and capacitate communities on the means to translate demands into actions. To better inform the masses, PCE continues to adopt evidence based advocacy, whereby each intervention and research study is preceded by surveys of schools to draw a realistic picture of the situation on ground.

Citizens are the key to introducing relevant reforms in education. No education model can work without the active involvement of relevant stakeholders. PCE has been working arduously to develop a strong communication mechanism in order to bridge the gap between three key stakeholders of education at UC level; namely the School Management Committees (SMCs), Local Government and the Local Administration. Through its initiatives, PCE effectively engages these key stakeholders to create awareness and mobilize communities to address pertinent issues at the Union Council and District level.

PCE is an indefatigable defender of RTE and has been viewing the unregulated growth of private actors in education through human rights perspective. Privatization of education contributes towards increased segregation in society. PCE has been engaged in highlighting this issue on the national and international platforms. PCE presented a shadow report titled “Privatization of Education in Pakistan and the Right to Education: A right out of reach?” with the support of Global Initiative for Economic, Social and Cultural Rights (GI-ESCR), ASPBAE and seven national CSOs. This report was presented to the United Nations Committee on the Rights of Child (UNCRC) at its 72nd Session for its consideration of the List of Issues for Pakistan. PCE was also attended pre-sessions for UPR that were intended to reflect on the unprecedented growth of privatization in education.

PCE is actively involving grass root level through its partner organizations and has a reach that extends to 1000 Union Councils (UCs). PCE has been engaging a wide variety of decision makers, legislators, government officials, teachers, parents, students, media personnel and representatives of the government through various consultations at national, provincial and district level. Over the course of several years, PCE has been able to establish strong linkages with these stakeholders and has been working towards reinforcing these connections to make more coordinated efforts in highlighting the prevalent issues in education. PCE utilizes its unique platform to engage all key stakeholders, hold dialogues, devise recommendations and submit them to relevant authorities for further action.

Education for all children and youth in Pakistan which nurtures them to become critical thinkers and conscientious citizens promoting harmony, democracy and justice.

To work towards ensuring free quality education for all, irrespective of gender, religion and class differences, that promotes peace, tolerance, democracy and justice and safeguards diversity.